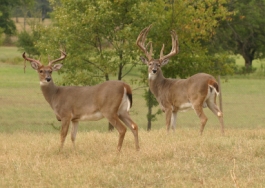 Typical whitetail bucks are called "typical" when describing their antlers or rack. The term "typical" is a scoring term used by the Boone and Crockett and the Pope and Young clubs to define a set of antlers for logging into the record books.

The Boone and Crocket rules allow scoring of a deer no matter how it was killed. The Pope and Young club requires the deer must have been killed by a bow and arrow.

For both clubs the only way the antlers scoring will count is if the deer is killed legally according to all the area hunting regulations.

In order to compare racks there has to be a method of standard comparison. It can be a bit confusing, but Typical Whitetail Bucks have a symmetrical rack that may have non-typical features. During scoring, points are deducted for those antler features which are not symmetrical.

The scoring is based on a point system which is calculated after taking a series of antler measurements.

Both Boone and Crockett and Pope and Young use a scoring system, but the number of minimum points for being entered into the record books is different.

In some states the typical whitetail bucks are well . . . typical. In other words, most of the bucks have symmetrical antlers. When scoring the antlers, the measurements document points and spreads.

The points, of course, are the projections growing out of the main antler stems, or beams, as they are called. The spread is the distance between designated points.

Both the Boone and Crockett and Pope and Young clubs have online scoring sheets which describe exactly where to take the measurements. If your typical whitetail bucks total score meets the minimums, it will have to be verified by an official from the club.

It should be mentioned there are two other clubs that score whitetail deer. The Buckmasters and the Longhunter clubs maintain official records.

The Longhunter records are for deer killed with a muzzle loader. The Buckmasters scoring counts every inch of the antlers and does not focus on visual aesthetics.

Typical whitetail bucks are animals of beauty to an avid hunter. It's a great source of pride to have your buck listed in the Records of North American Big Game. 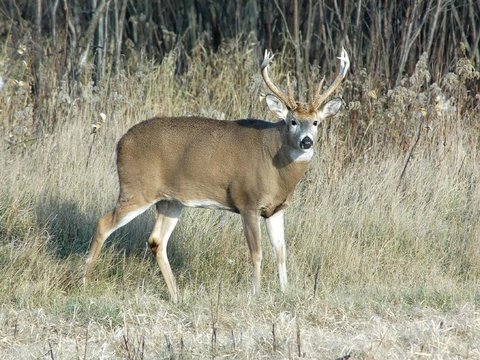