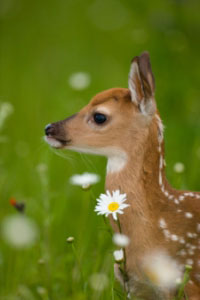 Everyone thinks whitetail deer fawns are cute and playful. If you are an avid hunter, it is important to become familiar with the life cycle of the whitetail deer, beginning with its birth.

One way I track fawns and does are with trail cameras.  Even if you are a non hunter and want to keep track of them when you are not around, this is the answer.

A doe goes into estrus in the fall, which means whitetail deer fawns are normally born sometime between late April and early July.

Does birth one, two or sometimes three fawns. Though triplets are not as common, twin fawns are often spotted by recreational sports persons and hunters.

At birth, white tail fawns have a spotted reddish coat that is fairly silky. There may be several hundred spots on the coat. The spots enable the fawn to camouflage itself, with the colors blending well with the surrounding natural environment. They usually weigh between 4 to 8 pounds at birth.

The whitetail fawn loses its spots by the end of October of the same year it was born, or within 3 to 4 months after birth. To me now is a good time to put out some cameras to see what if any fawns are born in your area.

Even for the non-hunter it is so great to watch the fawn grow into being an adult.

Sometimes multiple does and whitetail deer fawns will group together. Interestingly, the area where the fawn is born normally becomes its adult habitat. 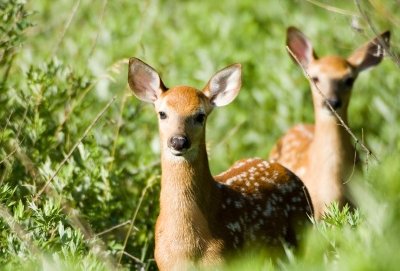 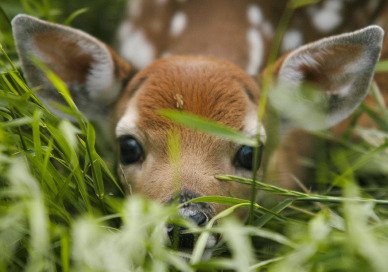 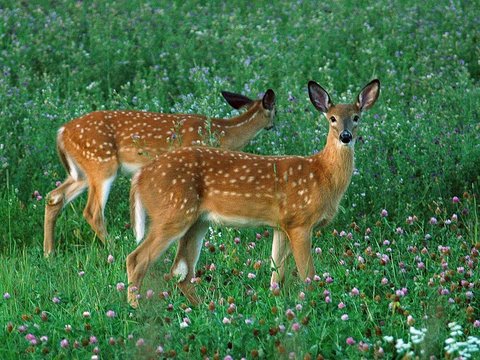 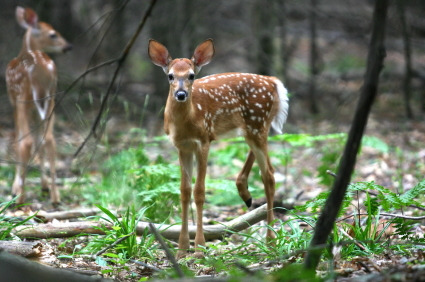